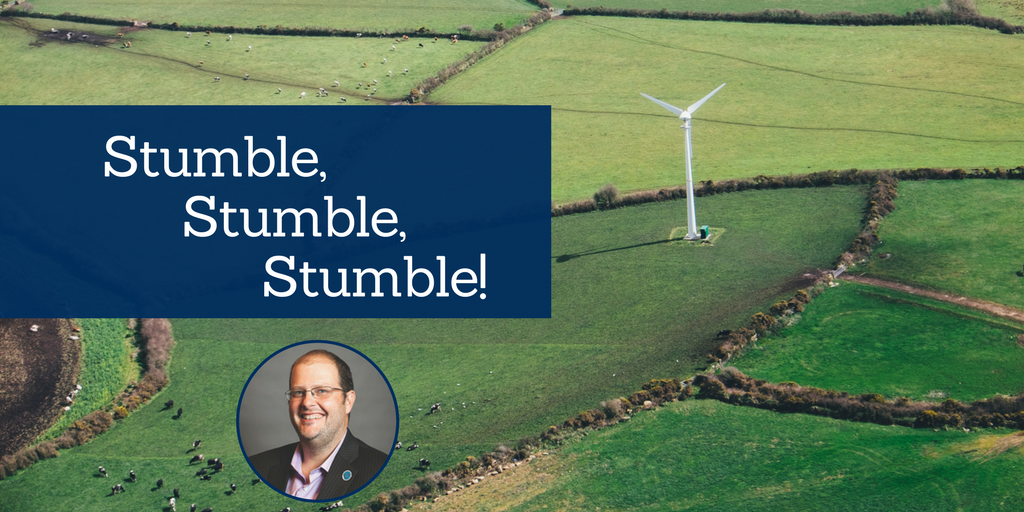 We all Stumble.  We all have our days.  Wouldn’t life be so simple without setbacks?  NOPE!

As I often say, Life isn’t greener on the other side, it’s just a different shade of green.

Call them whatever you want…Setbacks, Failures, Losses, Underachievement’s…whatever.  They are all a result of not achieving the benchmarks, milestones, and goals you have personally set.

Stumbles, setbacks, and failures, are all part of everyday life.  Here’s the key though.  The top 3% of performers have a plan on how to deal with failures.  They plan for this in advance. They are prepared.  They have practiced for this.  They know what to do when it happens.

Here’s the thing you need to know.  It will happen! If you are trying to achieve ANY goal…..there will be setbacks.  Success depends greatly on how you deal with and cope with these setbacks.

Some of the greatest athletes, performers, business leaders, have failed.

An overwhelming majority of these “celebrities” have multiple…and constant…failures.  They have a mindset that allows them to move on from failure.  They learn from it…and they Grow!  They tend to get past failures more quickly than the remaining 97% of people.  They also use these failures to increase their overall performance!

Here are some examples of some well-known people and their failures:

To move on…I really want you to start focusing on the positive.   Get to that point in your life, where you accept failure as a growth mechanism to greater things.  Failure is and should not be fun, but that doesn’t mean that you can’t learn from it.  Use your mind for the good in life that you want.  Focus your thoughts on positive changes and the greater good that will come with those positive changes.