Reputation is Everything – YUP 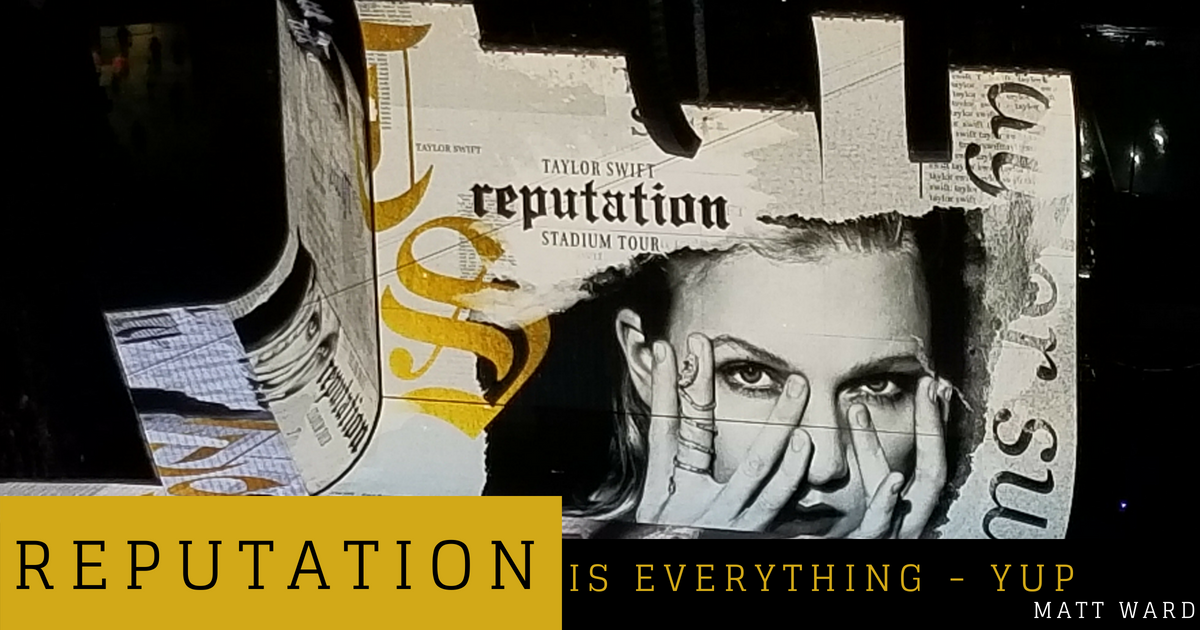 Recently Taylor Swift performed three sold-out shows at Gillette Stadium in Foxboro Mass. Taylor Swift isn’t someone that I would buy tickets to see…but in full transparency, I did attend.

Roger Michaelson, COO and Partner at BNMC (a Managed IT company near Boston) and I have been friends for quite some time. Probably close to 10 years. We met through a mutual friend who thought we might be able to refer some business back and forth between his IT company and the web company I owned at the time. Roger and I hit it off and we’ve been friends ever since.

When Roger called me a few days in advance, he indicated that he had a number of tickets for his family, including his kids, and his kid’s friends. As it turns out his kid’s friends could no longer attend and he had two tickets. My first question was “How Much?”. My frame of mind was, Taylor Swift has a good reputation for putting on great performances and shows. If anything I thought it would be a good investment to see her “perform”, but the price needed to be right for me to make the investment of time and money.

Roger replied with “They are yours for free if you want them!” so just like Dave from Storage Wars, I replied with YUP! 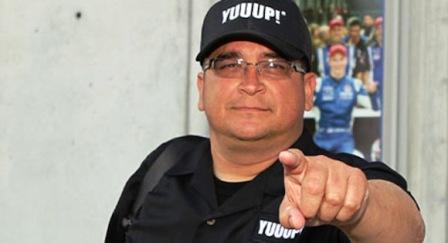 Certainly, this concert wouldn’t be free. There was plenty of other expenses associated with going to a concert like this. Things like Parking for $50, the gas to drive just over an hour, the food and beverage before and during the event, the overpriced concert shirt (ok, we passed on those), and of course 50,000 screaming teenagers!

Let me reiterate, that Taylor Swift isn’t someone I would seek out to go see. But wow did she put on a great show. Additionally, I had no idea that her 2018 Stadium Tour was called “The Reputation Tour”

Reputation is such a powerful thing when it comes to Word of Mouth referrals. People aren’t going to refer you unless you have credibility with them and as such a good reputation. Additionally, your reputation cannot be granted. It must be built. It will take time. But most importantly it cannot be built overnight.

What Roger did here is something I talk about all the time, and I even mention it in my new book set for release in Mid September called “More…Word of Mouth Referrals, Lifelong Customers & Raving Fans”. It’s about making deposits into this trust bank account, and building up your reputation as a quality person, a giver, and someone that cares about others.

Roger and I never discussed business. In fact, since I no longer own the website company, you could argue, and likely win that argument, that Roger didn’t have much to gain by offering me tickets for free to Taylor Swift since I no longer am in a position that refers out IT companies on a regular basis.

However, we need to remember that every single act of caring is not about getting a referral. It’s about building a deeper more meaningful connection with your contact, and that is EXACTLY what Roger did with me. That offer and the subsequent time spent with him and his family strengthened our relationship, to which I am deeply grateful and honored.

And now I am writing a blog about him and his actions!

Be a giver! Be like Roger! Invite your contacts to events that you are going to, this is a powerful way to gain a deeper understanding of them, creating a greater bond, and a much greater likelihood that you will eventually be the benefactor of referrals, because your reputation will grow! After all REPUTATION is Everything, Right Dave? YUP!