How I Sold Two Companies Through Networking 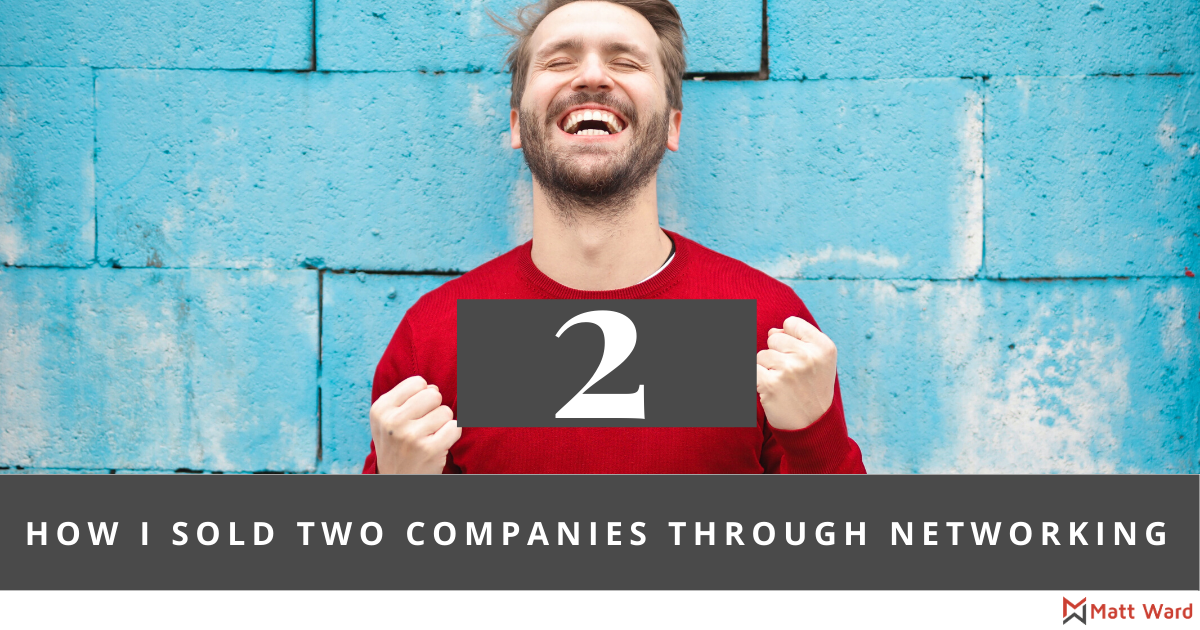 As they say, “People do business with who they know, like & trust”! People also connect people that they know like and trust.

I’ve mentioned before that in 2018 I sold my digital marketing agency to an employee.  It wasn’t just some employee though, it was my General Manager. The thing is, I first met him in 2004, and I eventually hired him in 2007.

Back in 2004, I happened upon a weekly networking group, whose purpose was to pass referrals. The idea was that we would meet each week, at the same day and time, and that would increase trust, and as a result increase referrals. It did both those things. As trust increased relationships formed and I ended up hiring my GM a few years later. Had I not attended the networking group, I wouldn’t have met him. Had I not met him, there’s no way to know if I would have had an effective exit from my agency.

It’s the best ROI anyone could get from a networking group.

But here’s the thing…it’s not the only ROI. My business grew because of the group. I learned from other business owners how to run a better business.  Which leads me to today.

Last week I sold my second business, this one was sold because I was having a conversation with a business colleague of mine and she said “have you thought about calling Bobbie?”. My answer was no. I then said “Great idea, let me go, I’ll call her right now!”.

I did….and Bobbie bought my company. We closed 4 weeks later!

Relationships are powerful. They steer you in different directions…but they do in fact steer you. Ultimately you’re the captain of your business ship and you have to decide whether to stay the course or take corrective action.

Remember that you too can sell a company or two if you build great relationships.

If you want better relationships, consider firing up your referrals at www.FireUpReferrals.com