Dedication To your Craft Makes You Memorable Like Kobe Bryant 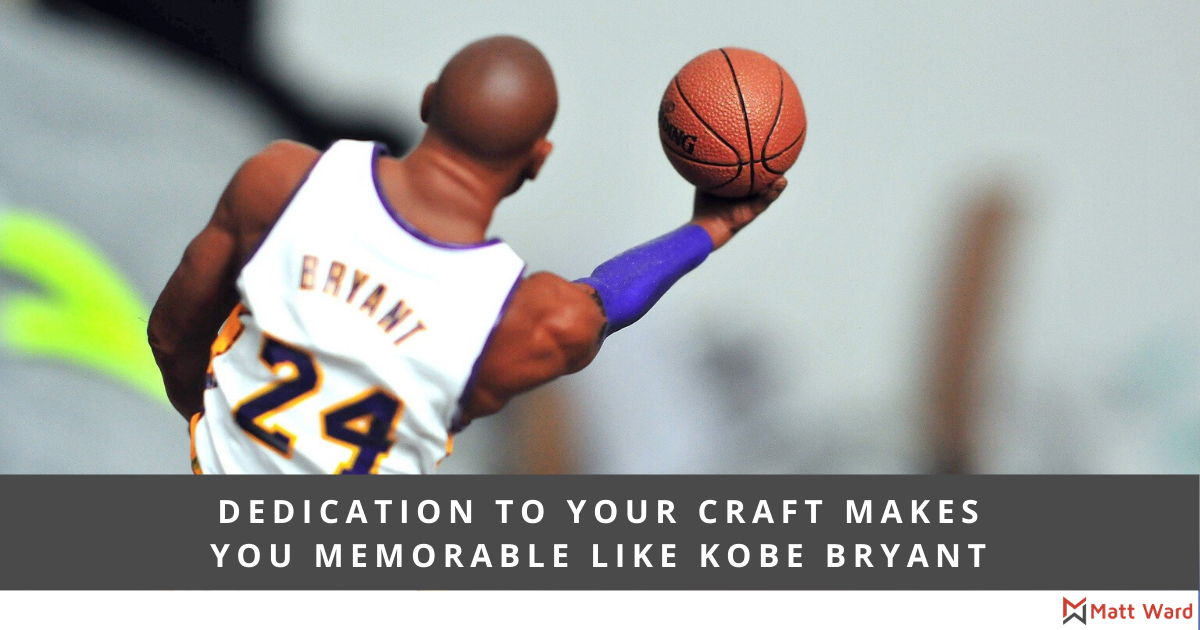 As I write this blog today, I sit here stunned at the tragic passing of NBA Basketball legend Kobe Bryant. As I was reflecting on all the accolades that Kobe received in his career, and I listened to all the sports reporters who knew him tell the world how great he was, I wondered, what was it that made Kobe so memorable.

Today, many stations played old clips of Kobe being interviewed on numerous stations, shows, and at different times of his career.  One thing that kept coming up was his dedication to be great. His overall work ethic

“I got to the gym at 3pm before the 8pm game [between us and the Lakers] to get in 400 shots. It normally takes me 1.5 hours to get all 400 shots in. As I finished, I sat on the bench, unlaced my shoes and noticed that Kobe was still going at the same pace he was when I entered the gym.  That night, he scored 40 points on us. [A few days] After the game, I asked him about the workout in the gym. I said…Why did you work that hard that day? Kobe replied…Because I saw you come into the gym and I wanted you to know that you were not going to outwork me!”

Even with his commitment to his craft, he supported others in their commitment and accolades as well. Just 18 hours prior to his passing, he was watching Lebron James surpass his scoring record, and Kobe immediately responded with a congratulatory tweet!  He recognized others in his community and their contributions!

This week, in honor of Kobe Bryant, I ask you to be relentless in your small business!