This Is How You Generate New Word of Mouth Referrals 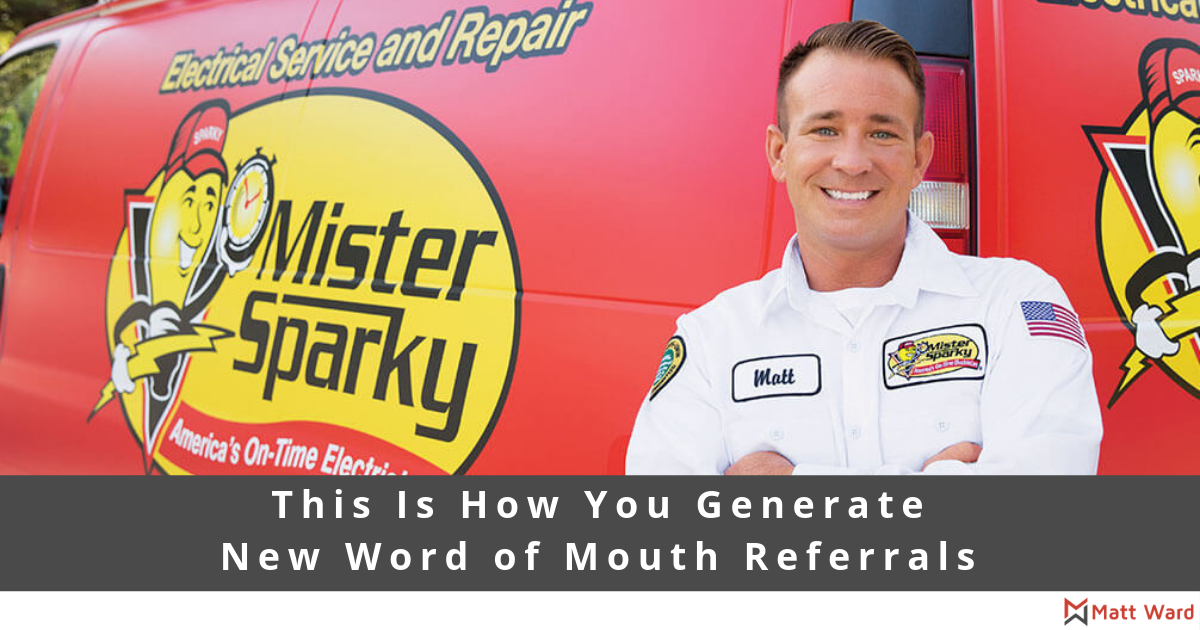 Have you ever had a day where you got that call?  The one that you know is going to cost you more money than you expected.  It’s the one where you thought the dishwasher had a small issue and the repairman calls you to tell you it’s not the dishwasher, it’s the electric!

And that is what she responded!

Lisa was coordinating a simple dishwasher repair in the vacation rental (located in Florida) that she manages (from Massachusetts) when she heard back from the repairman that the issue wasn’t with the dishwasher, it was with the electric.  He told her “you need to call an electrician to find out what’s going on. Something keeps tripping the breaker.”

Lisa jumped into action so that she could get this addressed before her next guest was due to arrive in 4 days.

Lisa has had to deal with electricians before on other properties, but never on this specific property, so she asked the dishwasher repairman for a recommendation. They recommended Mr. Sparky.

Sidenote: Quite the clever business name if you ask me!

As Lisa explained to me what the first interaction was like.  She said that they were pleasant on the phone and that upon hanging up with them, she promptly received a text message confirming her appointment time with the technician who would be investigating what was going on.

The technician Rick, arrived on time to troubleshoot the issue at the time that the appointment was scheduled. The reason Lisa knew it was Rick was received a text message from Mr. Sparky letting her know that Rick would be the tech, and they also texted her a photo of Rick to ensure that the right technician would be let into the property. Rick reviewed the issues on hand and found the problem. He then called Lisa to communicate what the problem was and what it would take to fix it.  He was flexible with his solution, overly respectful (referring to Lisa as Ma’am) and he was clear on the solution. He then scheduled the technician for the next day.

The service work the next day was provided by Chris. Again, Lisa received a text message from Mr. Sparky letting her know that Chris would be the tech, and they also texted her a photo of Chris. 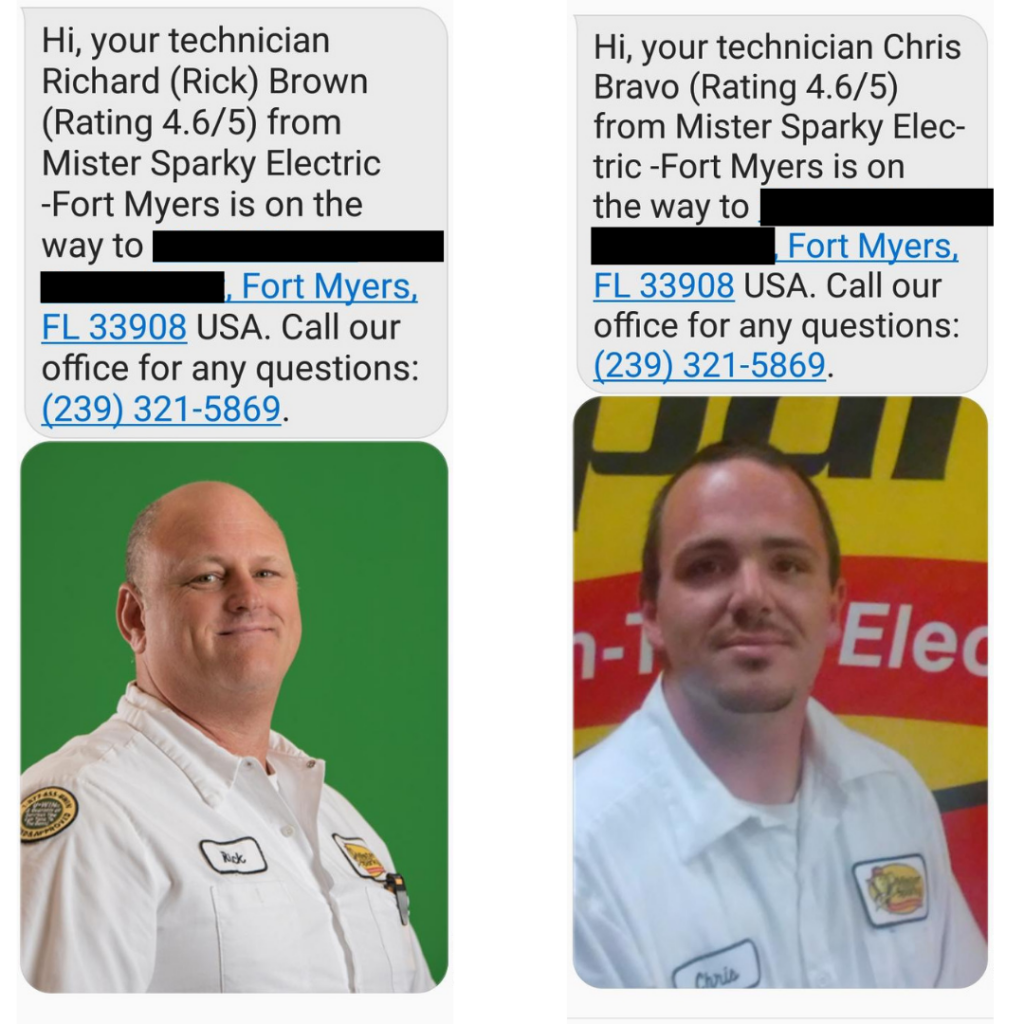 Chris worked all day to replace the electrical panel, keeping Lisa up to date.  He then called Lisa to give her an end of day report. During that call, he mentioned that the screen on the lanai was loose and she might want to have someone look at that. Chris mentioned that he had previously worked for a property management company, and that gave him a keen eye for detail on things like this.  He knew that would matter to Lisa and that she would want to know about this.

Chris’s care and compassion were evident to Lisa!  She indicated to me that the text messages she received were a complete surprise and really felt different considering that no one had ever done that for her before. That was an over delivery for sure. When Chris took time to tell Lisa about the issue with the Lanai, that was a non-self serving act!

Mr. Sparky was firing on all cylinders when it came to this customer interaction. Multiple people were involved, from the office team to the tech who did the troubleshooting, to the full day tech who did the repair, and yet not one of them dropped the ball. Furthermore, they found ways to really make an impact on their customer Lisa.

Lisa posted to social media to share her experience with and about Mr. Sparky, and she posted a review online.  She also called the office to let them know how pleased she was with the overall experience and service.

Now, this is how you generate new word of mouth referrals.