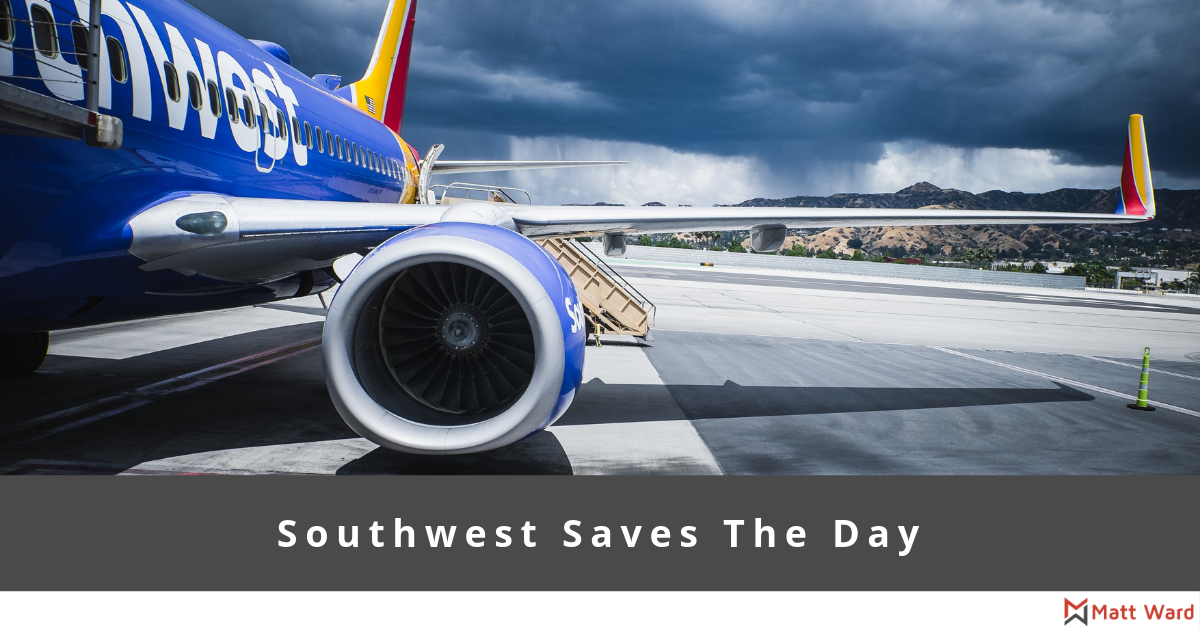 Southwest is known for their customer service, it’s one of the reasons I continue to fly with them…not to mention the awesome perk of their companion pass, which is their main loyalty benefit.

I recently was flying from Manchester NH to Orlando FL for the National Speakers Association Winter Conference. As a professional speaker, I continue to connect with and learn from other members of this great organization. It just so happens that the day of my flight was the Friday BEFORE Presidents day.

Enter the Mouse ears.  A quick reminder that my flight was to Orlando so there are always going to be families on board heading to Disney, but this flight was different. It was packed. With families. Lots. Of. Kids. 70% maybe??? I mean a lot of kids.  What’s that mean for me? Well, it means a much different boarding experience.

With Southwest, you check in 24 hours in advance and board by assigned groups and numbers. These are not your seat assignment. It’s actually open seating, which means if you board early, you have the pick of the litter. If you board late, you are limited to your selection.  My boarding position was C11. C boarding spots aren’t ideal as they generally mean a middle seat. But I wasn’t concerned because with so many families they won’t leave the middle seats open. Families of three will take the entire row, as such I have a chance at an aisle or window seat.

One other interesting thing that Southwest does is family boarding. This is for families with kids. It’s for immediate family only and they allow these families to board together between groups B and C.  So if you have C55 but are with a family you board effectively at B61, jumping 55 spots up.

No Joke. 25 families. That’s the family count, not the passenger count. There were probably 70 people in that line.  I’m certain that this plane only holds 180 people.

With the A Boarding group, the B boarding group, and the family boarding all getting on the plane before me, I was destined for the back of the plane, middle seat, and possibly even the bathroom.  I tried to buy the upgrading boarding option to get A1-A15 but they were sold out! I started chatting with one of the Southwest employees and we were both commiserating over my situation. We were laughing at my pending 3 hours in the sardine can.  I was my jovial self, and we even chatted briefly about the Patriots because I was wearing my Patriots jacket.

The gate agent scanning all the boarding passes looked over our way. He gave me a big smile, almost like it was an invitation. I look at him and said, “Can I go?” He then looked closer and realized that he has misinterpreted my Patriots jacket as a Southwest airlines jacket. He then said, “Oh, sorry, I thought you were crew.”

That’s when I looked at him and said…”I’m not but can I go? There are 79 people in that family line and I’m gonna end up in the bathroom.”

He looked down, typed a few keys on his keyboard, then looked back up with a grin and the most caring feeling, and said with a bit of a chuckle, “awe sure, cmon!”

I look at him as I scanned my boarding pass and said: “You just made my day!”

His smile was priceless.

Little moments of caring result in positive social media posts, blogs like this, and more word of mouth referrals.

Bottom line, find opportunities to care, especially ones that don’t cost any money.

Pss…I wrote this blog while we were getting deiced on the tarmac while sitting in the exit row with tons of extra leg room! Life was good!  Thank you, Southwest! 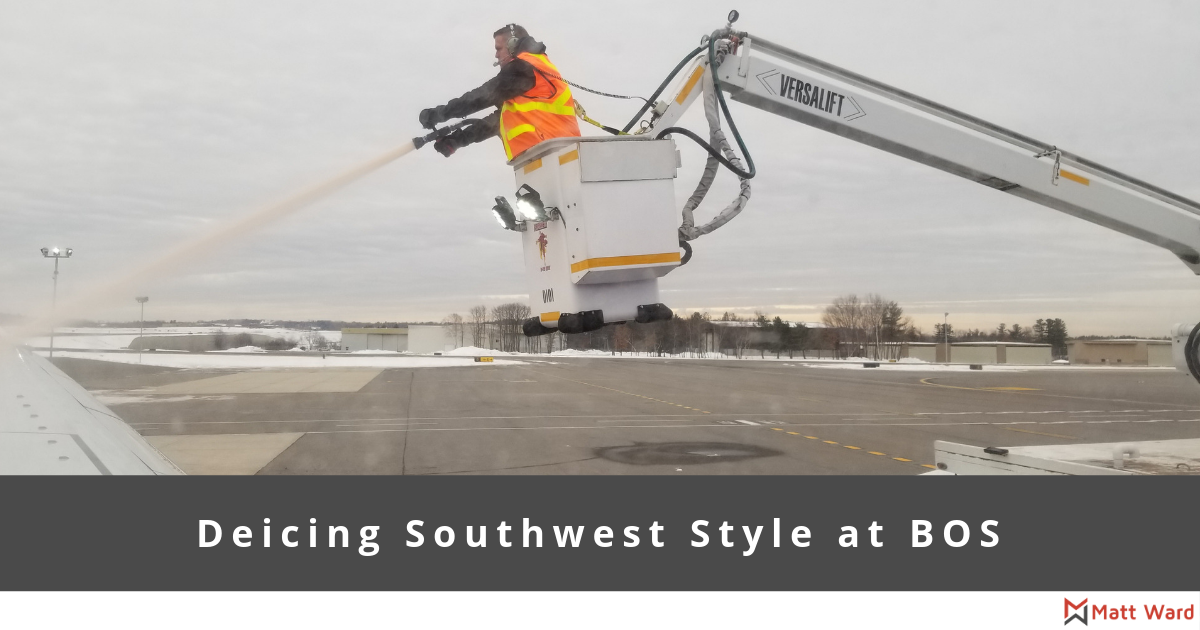