Is There Pregaming At Networking Events? 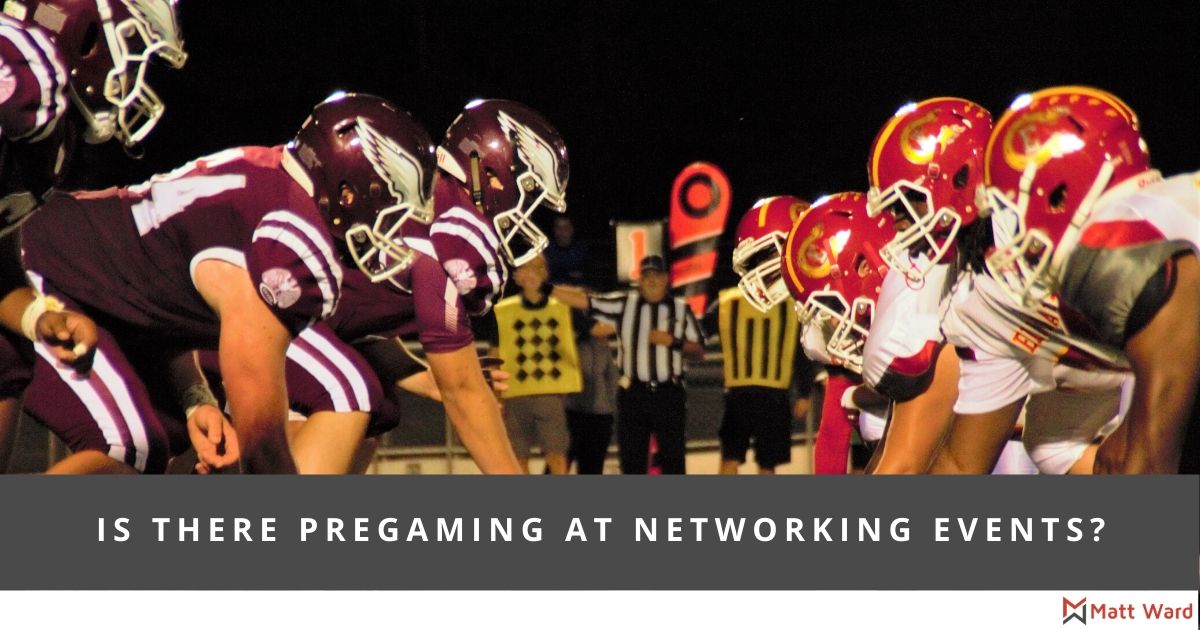 Recently I was attending a networking event in Boston, when I approached a high top pub table with 3 people at it.  As I started chatting with them, I quickly realized that they all worked for the same company. I was deeply perplexed, after all I’ve always believed that networking isn’t networking when you are doing it with your coworkers! I even wrote a previous article about this exact thing!

As I was explaining my confusion to them, I started to wonder why they were doing this, so I started asking questions. I was genuinely curious. To me it didn’t make much sense, but apparently to them it did. Here’s why.

It was explained to me that they were discussing a current large project, and that the three of them didn’t have time to discuss it at the office before heading out to the networking event.  At this point I just thought to myself, perhaps the project is more important than attending the event and maybe a decision could have been made to not go to the event and handle the project discussion in the office (or even perhaps handle the discussion in another section of the restaurant/bar and not the one sectioned off for the networking event).  It’s at this point that I share with them the blog I wrote, just sharing that being together isn’t going to create any connections with others, and certainly no referrals. Then one of the members of the group shared with me that they were just warming up!

He said they were pregaming! HA!  Ok…I’ve never heard that one before!

But…as I think it through, I suppose it makes perfect sense!  Consider this…

If you struggle with networking, and you have a wingwoman or wingman with you then start conversing with them at the beginning of the networking event. This will not only get your chops flowing well, it will get you into a rhythm of conversation.

Even though I’ve never heard of pregaming for networking before doesn’t mean it won’t work for you! Give it a try, and get out there networking!